On July 17, Grinnell’s Veterans Memorial Commission held its first regular session since the official announcement earlier this month of a fundraising and informational drive to establish an artist residency in a renovated Veterans Memorial Building.

Conducted by Vice Chair Gwen Rieck (center above) in the absence of Commission Chair Leo Lease, the meeting was brief but informative.

Agenda items included approval of the meeting agenda and the June meeting minutes.

Nicole Brua-Behrens presented a budget report of $31,758—up from last month’s fund balance of $25,246—prompting positive comments about the effectiveness of the monthly Pizza Ranch event.

The Commission approved one expenditure of $1,000 to Lacina Business Inc.  This amount, previously considered by the Commission, involved logo development, flyer production, and veteran presence for Grinnell’s Fourth of July parade, which was the official launch of the informational and fundraising campaign for the Prairie Star Residency proposal.

Gwen Rieck presented an update about the Prairie Star Residency Program from information that she had received from Commission Chair Leo Lease.  She referred to the following website: www.prairiestarresidency.org.

She also quoted material from Commission Chair Lease: “As a point of clarification, the Prairie Star Residency is not a separate entity from the Veterans Memorial Commission.  It is a program that will be run by the Commission for veterans, the community, and the nation.”

“The Commission will run the program, with city approval, by contracting for services among operational groups.”

One agenda item—Plan B (or What to Do if the Levy Is Not Approved in November)—was tabled.

Near the conclusion of the meeting, Randy Hotchkin commented on the July 4th parade and the presence that veterans displayed.  “Really well received,” was his assessment.  “A lot of people would stand up as the bus drove by.”

Flyers were distributed during the parade (in addition to candy) to explain the Prairie Star Residency program and the general attempt to renovate the building.

However, not all comments were positive.

“Gosh, that thing’s an eyesore,” was one response Hotchkin reported.  “It’s about time you do something with it.”

As for fundraising, Hotchkin advised, “We’re going to try to raise some separate funds for yard signs and a mail-out,” but that effort, he explained, will come closer to the November vote.

Hotchkin also mentioned that he will be on KGRN’s Let’s Talk Friday morning to discuss the November levy vote and the Prairie Star Residency Program.

He invites people to stop by his barber shop at 929 Main anytime to discuss the Veteran Memorial Building and the Prairie Star Residency proposal. Having heard from people, including veterans, who have doubts about the proposal, Hotchkin stated, “I’d kind of like to know what we’re up against.”  He feels that negative rumors may be circulating through the community.

As discussion continued, Commission Vice Chair Rieck related a concern she has heard from residents: “Are they going to take this [the building] away from the veterans?”

“I said ‘No,’” she responded, and Hotchkin was quick to add that the goal of the Prairie Star Residency program is to use the building “for more veterans’ purposes than it ever has been before.”

Following additional discussion stressing the veteran emphasis of the project, the meeting was adjourned.

The next Veterans Commission meeting is scheduled for August 14, 5:15 p.m., in the Community Room of the Drake Library.  However, because that day is also Veterans Day at the Iowa State Fair, some discussion involved changing the date.  No decision was reached; the matter will be referred to Commission Chair Leo Lease. 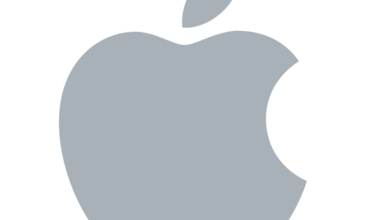 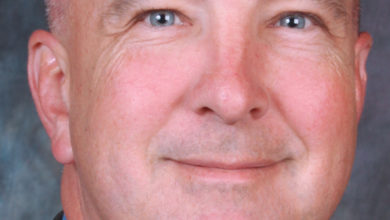 Get a Guided Comparison for Your Medicare Open Enrollment – October 15 to December 7, 2021