Grinnell State Bank has made a $250,000 pledge to Grinnell Regional Medical Center’s Moving at the Speed of Life comprehensive campaign. The gift has been made in memory of Marion A. Jones and will create The Marion A. Jones Patient Care Wing.

“We felt very honored as a family when GRMC proposed naming a wing after Mom,” says F. Austin Jones, son of Marion and F. Addison Jones. “It is meaningful to us, and we are sure it would be with her, too. We also appreciate that this wing is located beneath the Kintzinger Women’s Health Center, named for her very dear friend, Jewel Kintzinger Day.”

In the spirit of encouraging greater community participation in the campaign, Grinnell State Bank is issuing a challenge. The bank is giving $100,000 to the medical center as an outright gift and then will match dollar-for-dollar every new gift to the campaign up to a total match of $150,000.

“This gift provides a tremendous opportunity for donors to see their gifts double in value,” says Todd Linden, GRMC president and CEO. “Our success in this effort will bring us closer to being able to begin renovations on our emergency department. This is truly a remarkable gift. All of us at GRMC are grateful for this wonderful act of generosity by the Jones family. It is also an understatement when I say how thrilled we all are to be naming one of our first floor patient wings after Marion, who has played such a vital role in the medical center’s history.”

As the first female president of the hospital’s board of directors, Marion Jones led the organization through many tough decisions. She helped hospital administrators move toward increasing the hospital’s outpatient care services.

“There is no question that Marion Jones had a profound and lasting effect on GRMC,” Linden adds. “She served as board chair through a very difficult period. Her excellent leadership during this time with the board, the medical staff, and the community as a whole was pivotal to keeping the hospital open.”

In addition to her eight years of service to the Grinnell General Hospital board of directors, she was a tireless member of the auxiliary and an active fund-raiser for the hospital. She and Kintzinger Day organized several successful hospital charity balls and together they turned the gift shop into a profitable money maker for the auxiliary.

“From fundraising activities, auctions, and fairs, Jones demonstrated her belief that the cause was one that all area residents should support and have fun doing so,” Linden says. “She believed strongly in engaging the wider community as hospital supporters. Her efforts built a level of community philanthropy that is extraordinary and enviable for many hospitals and community organizations.”

The Jones family, led by Marion’s husband, Addison, continues her legacy of commitment to GRMC through this major gift and challenge in her memory. The Jones’s grandson, Fitzpatrick A. “Rusty” Jones, currently serves on the GRMC board of directors. He is the fourth generation of the Jones family to serve on the board of directors for the hospital that is now known as GRMC.

F. A. Jones, Addison’s father, served on the board of directors of Community Hospital. A major gift from Grinnell State Bank and the Jones family to GRMC’s Blueprint for Health campaign in the mid-2000s is now helping GRMC establish a new home for its physical and occupational therapy services. Construction on the F.A. Jones Physical and Occupational Therapy Center will begin in October on the first floor of the Ahrens Medical Arts Building.

“We owe a great deal to Marion and Addison Jones,” says Dan Agnew, co-chair of the Moving at the Speed of Life comprehensive campaign. “The Jones family and the employees of Grinnell State Bank have always been vital supporters and promoters of the hospital. GRMC enjoys extraordinary community support that is enviable by other hospitals. Their efforts to engage the entire community to support the hospital is a very big part of why we enjoy a superb hospital today.”

For more information about making a gift to the Moving at the Speed of Life campaign and to participate in the challenge, please contact Denise Lamphier, director of communications and development, at 641-236-2589 or dlamphier@grmc.us. 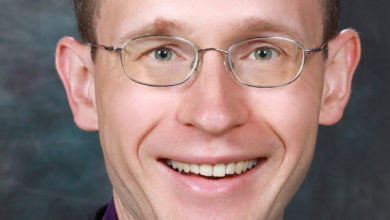 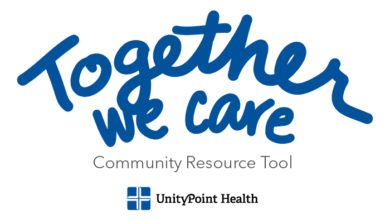