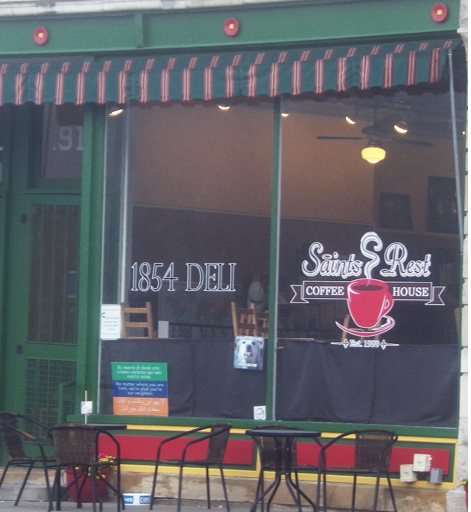 Saints Rest, a film produced by Devin Landin, directed by Noga Ashkenazi, co-written by Ashkenazi and Tyson Stock, and filmed in Grinnell during the summer of 2016, is featured as part of Grinnell College Summerfest on Saturday, June 9, and is scheduled for a second showing at the Strand on June 10.

Plans to bring the film to Grinnell in October of 2017 did not materialize, but current plans call for two film showings and two opportunities to interact with the film’s creators, Ashkenazi and Stock.

In an email communication, director Ashkenazi stated, “We are thrilled to finally be able to return to Grinnell and premiere the film where it all started! So many people in the Grinnell community have helped make this film possible, and we can’t wait to share the final result with everyone involved!”

The Summerfest schedule calls for a sneak peek at 5:00 p.m. to 6:00 p.m. on Saturday, June 9, at the Flanagan Theater, Bucksbaum Center for the Arts, on the Grinnell College Campus. During this session, according to the Summerfest description, the public can “learn about the film’s origins and get insights into independent filmmaking.”

On Sunday, June 10, a community screening of the film starts at noon at the Strand.  Following the screening, from 1:30 p.m. to 2:15 p.m., Ashkenazi and Stock will provide comments and answer questions.

Ashkenazi reported, “We were very moved by how well the film was received there, and hope to screen it at many more festivals in the future.” 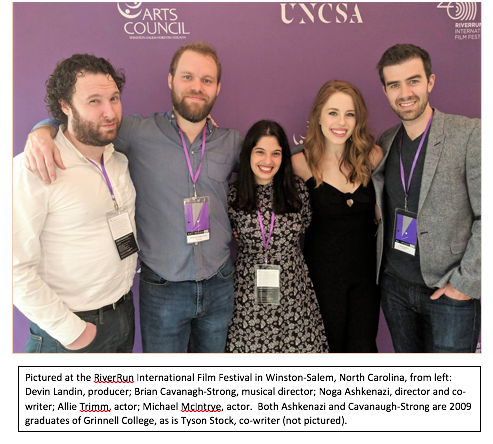 The plot of the film involves two sisters who have not been close.  One has gone to Broadway; one has stayed in Grinnell. Their mother, who owned Saints Rest, has died, and the two sisters come together one summer and renew their relationship.  Their shared love of music helps form a renewed bond.

Before coming to Grinnell, Ashkenazi and Stock will screen Saints Restat the Midwest Independent Film Festival in Chicago, June 5.  People can keep up with the film’s progress and presentation dates through a newsletter available at www.saintsrestmovie.com.

Asked what’s next for the film-creating couple, Ashkenazi replied, “Tyson and I are currently developing our next feature film while continuing to promote Saints Restat festivals around the country.”

Meanwhile, the Grinnell events will be special for both the filmmakers and the community.

“We look forward to seeing everyone at our Grinnell Premiere on June 9th and 10th!” Ashkenazi concluded. 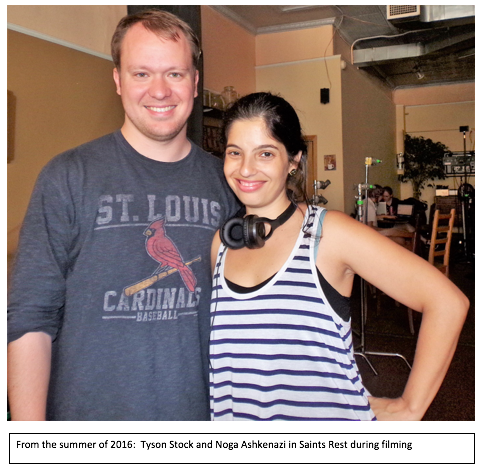