FeaturedPosted on 24 hours ago by mshore

Two curious young Grinnellians, Malia Parker and Elisa Hansen, have been exploring a piece of history that brings the story of J. B. Grinnell to life. The fifth-graders are being homeschooled by their parents, Nino and Mae Parker and Patrick and Cynthia Hansen. One history assignment turned out to be more surprising and expansive than anyone expected.

Patrick Hansen assigned the girls a project: go to the Drake Community Library archive and ask for two founding documents of the town. Unsure of what documents would be suitable, archivist Liz Cabelli pulled out the J. B. Grinnell file. Inside was an original letter, handwritten by Grinnell, that had not yet been transcribed. Cabelli gave Malia and Elisa copies of the letter, thinking that maybe something J. B. Grinnell had written would help fulfill their assignment. From July 1864, the letter was written in the midst of the Civil War.  J. B. Grinnell was serving his first term in the United States House of Representatives as a congressman from Iowa.

The handwriting was difficult to read, but the girls were intrigued by the mystery of what it might say. Although they know how to write in cursive, they hadn’t read much cursive handwriting. From the start, deciphering the letter came with a number of challenges. Not only did J. B. Grinnell have rather poor penmanship, he also regularly used abbreviations. Elisa’s mother, Cynthia Hansen, is a Professor of Linguistics and provided ideas for starting. Malia and Elisa came to the library several times and worked with Cabelli in figuring out some of the words, trying out different possibilities for words and getting a sense of what the letter was about. For comparisons, the girls also looked at other letters written by J. B. Grinnell that have been transcribed and are in the Burling Library Archive. They noted the unique ways in which Grinnell formed certain letters of the alphabet. They found a letter he wrote to his wife, Julia Chapin Grinnell, and noticed that his penmanship in that letter was much neater. The girls thought that he obviously didn’t dare write a letter to his wife in his usual—and nearly unreadable—handwriting!

After much work, they determined that this was a letter of condolence to Brigadier General Elliott Warren Rice on the death of his brother, Brigadier General Samuel Allen Rice. They researched the brothers and discovered that Samuel Rice had been J.B. Grinnell’s political rival, running against him in 1862 for the U.S. House seat, and losing to Grinnell by only 50 votes. In July of 1864, Samuel Rice was severely wounded in the Battle of Jenkins Ferry, Arkansas. He returned home to Oskaloosa, Iowa, where he died of his wounds on July 6, 1864, at age 36. His brother, Elliott Rice, was appointed a Brigadier General in June of 1864, and in the letter, J. B. Grinnell congratulates him on that achievement. The letter mentions state politics and that Grinnell’s wife is feeling better and leaving for a trip east.

Although the letter proved to be a bit of a tangent from their original assignment, it opened a study of history that really came to life for Malia and Elisa. They created a puppet show based on the letter and the events that surrounded it, which they performed for family and friends.  They wrote and performed the events in the letter, going back to Samuel and J.B.’s political rivalry, and ending where J.B. Grinnell’s letter ended, with Julia Chapin Grinnell’s travel east. Malia and Elisa sum up what they learned: “J.B. Grinnell was an important congressman during the Civil War. He was a Republican . . . [he] was an abolitionist and signed the thirteenth amendment in the US Constitution. He also had many other jobs including minister, land speculator, senator, lawyer, a teacher in a one-room schoolhouse for a little while, and he even helped to build a railroad. Julia Chapin married J.B. Grinnell. Also, she had a wealthy family and helped J.B. purchase the land for Grinnell.”  They also learned about Chapin, an Iowa town that J. B. founded and named in honor of his wife. The girls note that J. B. Grinnell “was very proud of his own accomplishments,” and that Julia Chapin Grinnell “was also very accomplished.”

In January, they visited State Historical Society Museum in Des Moines. While there, the girls “gathered up some more source documents to complement their letter transcription.”  These documents include letters about Samuel Rice’s death, various documents signed by the brothers, and photographs of each of them in Civil War uniform.

Patrick Hansen notes that the girls’ study of history began with the U.S. Constitution and the Iowa Constitution. In moving from national and state history to the teaching of local history, Hansen wanted the girls to feel at home in the spaces and places of their hometown, which included discovering the library and delving more deeply into its resources. At the library they explored a variety of books on the history and people of early Grinnell. 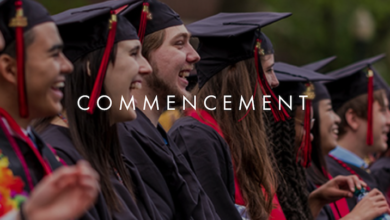