The more than 140 members of 100 + People Who Care – Grinnell generously supported the Grinnell-Newburg Community School District’s Technology Department in 2021’s 4th Quarter fund drive. A total of $14,400 was donated to fund classroom amplification systems for use in district buildings. The amplification units – either ceiling mounted or portable – allow the teacher’s voice to be more distinctly and clearly heard by all students. The district originally purchased units for classrooms with students who are hearing impaired. Other students, however, also reported benefit from the amplification units, and teachers have shared that the systems improve student engagement and attention to instruction. Currently, the Grinnell-Newburg CSD has 11 ceiling units and 18 portable units in use. The pooled philanthropy grant from 100 + People Who Care – Grinnell will allow the purchase of up to 10 more units. These will be scattered through the Grinnell-Newburg School District buildings.

The next regular meeting of 100 + People Who Care – Grinnell should have been on Tuesday, January 25. Due to the ongoing pandemic and new Omicron variant, this month’s meeting will again shift to an online format. Members are now being invited to nominate worthy charities or organizations in the greater Grinnell area to be beneficiaries of the first quarter’s fundraising initiative. Any 100 + People Who Care – Grinnell member may nominate an organization by Friday, January 21. Nominations are to be submitted to Chris Grundler at grundler1971@gmail.com. Nomination forms have been distributed, electronically, to the members.

From those nominations, three will be randomly selected and sent to the members for review and voting. The nominations will be emailed to members on January 25, and votes are to be submitted by the end of the day on Friday, January 28. The organization receiving the plurality of votes will be announced to members by January 31, and members will be urged to submit their checks, payable to the beneficiary organization, by February 4.

Membership in 100 + People Who Care – Grinnell remains open to all! The only requirement of membership is a willingness to pool charitable contributions to benefit a charity, and an expectation to write four $100 checks each year. The concept of 100 + People Who Care – Grinnell began in Michigan, in 2006, and has since spread throughout the United States and Canada. It is based on an idea that many people, each willing to make a small sacrifice can make a significant difference in their community. Since the founding of the Grinnell-centered entity in January, 2017, a total in excess of $230,000 has flowed to worthy organizations in the area. 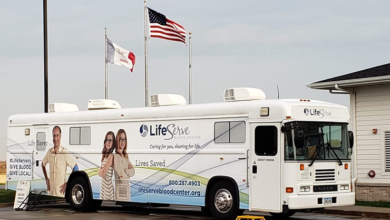