Grinnell Regional Medical Center reports that the organization raised nearly $2.5 million in 2013, through gifts to the Moving at the Speed of Life comprehensive campaign, the annual fund drive, memorials, and special events.

“Philanthropy makes so many things possible at GRMC,” says Denise Lamphier, GRMC director of communications and development. “Gifts and grants to GRMC created and improved services, helped to secure new technology, and engaged donors in this great hospital. The level of community support is truly extraordinary and we are very grateful.”

GRMC raised more than $1.93 million in gifts and pledges for the Moving at the Speed of Life comprehensive campaign to:

·      Modernize the emergency department and create an urgent care clinic.

·      Enhance the chemotherapy and infusion services.

The campaign’s goal is to raise funds for $7.5 million in projects. As of February 2014, the campaign has raised more than $2.5 million in pledges, gifts, and reserved funds from the previous capital campaign designated for the Brownell Emergency and Trauma Center.

In the first year of the campaign, GRMC and its volunteers have focused on raising funds from members of the business community as well as members of the GRMC family.

To date, the business community has contributed $1,734,671 to the campaign effort, with lead gifts from Grinnell Mutual Reinsurance Company and its employees and foundation, Manatts, Inc., Grinnell College, Lincoln Savings Bank, Poweshiek Mutual Insurance, and others.

Members of the GRMC “family” include employees, medical staff, members of the board of directors, and the foundation board. Together, 96 percent of the GRMC family has made a gift or pledge toward the Moving at the Speed of Life comprehensive campaign for a total of $720,708.

“This is really extraordinary,” says Nicholas Kuiper, DO, general surgeon and one of four co-chairs for the Moving at the Speed of Life campaign. “People are eager to participate in this campaign and we are excited to move into the next phase of raising funds for these important projects.”

GRMC learned in early February that the internal campaign, called Kuiper’s Challenge, won a national Fundraising Star award from FundRaising Success honoring some of the fundraising industry’s best and brightest. Nicholas Kuiper, MD, surgeon with Surgical Associates, and Denise Lamphier and Laura Lof, from the GRMC office of communications and development, were nominated for their team effort to create a culture of philanthropy at GRMC during difficult times.

In all, 67 percent of staff made an outright gift or pledge. When counting the honorariums, GRMC reached a 90 percent participation rate, improved staff morale, and helped GRMC staff find the joy in giving.

“The employee commitment to the campaign is so critical as we begin to roll out to the public,” says Dan Agnew, GRMC’s capital campaign so-chair. “In addition to the extraordinary skill Dr. Kuiper demonstrates during surgery and the level of care he gives to his surgical patients, he is an unselfish and innovative fund raiser on behalf of GRMC. Dr. Kuiper’s enthusiasm makes it a joy working with him on the hospital campaign.”

Annual Fund and Other Giving

Another important component of support for the medical center is annual support. In 2013, GRMC donors contributed $156,553 to the annual fund drive for ongoing special projects such as the Grinnell Regional Community Care Clinic, bike helmets for area third graders, the GRMC Babies Room and many other annual operating needs.

“Gifts to the annual fund drive play a crucial role in GRMC’s ability to provide patient care that is recognized nationally for safety and quality,” Lamphier says. “GRMC’s investment into patient safety and quality has been recognized by the Leapfrog Group, now for the third year, naming GRMC a Top Hospital.

In addition to fund-raising activities, GRMC also supports its operating budget through grants. In 2013, GRMC received $113,000 for the immunization program at Grinnell Regional Public Health, bike helmets, infusion recliners for the new GRMC Auxiliary Chemotherapy and Infusion Suite, home visits for families with newborns, and infant massage classes to name a few.

“GRMC makes such a huge impact on our community and the entire region,” said board chair Bill Menner. “The exceptional quality of the healthcare GRMC provides is recognized nationwide — often times concurrently with major urban hospitals. And it would not be possible without the strong support of the many donors from throughout our region.  From the annual fund drive to Moving at the Speed of Life, the generosity of many makes GRMC a very special rural health center.”

For additional information about supporting GRMC, contact Lamphier at 641-236-2589 ordlamphier@grmc.us. 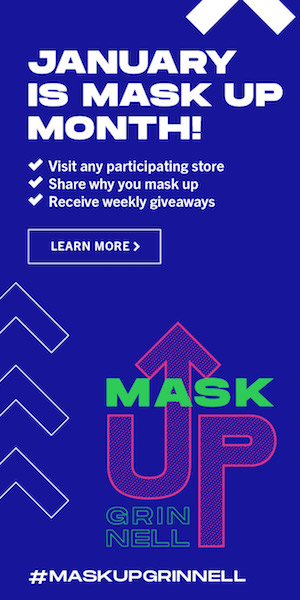